Welcome to this weeks wrap on all things property, please click here to view.  For those that prefer to read, you can view the full report here

Obviously I have to acknowledge the monkey in the room, what it means for our local market well who knows until we see what policies they have agreed on.  I’m guessing immigration and foreign purchasing will be right in the line of fire so obviously there will be some impact, but more on that next week, maybe, as we all slowly digest what has just happened,

In This Week’s Market Wrap:
– Nothing to do with the Government (the video was recorded on Wednesday before the announcement)
– REINZ Sept stats released with no surprises
– Prices stable over the past 12 months
– C&C Clearance Rate 57%
– New listings beginning to climb
– Good open home numbers and buyer activity
– 3-4 weeks left to launch your campaign to sell before Xmas

Market Performance
The REINZ monthly stats for September were released late last week and contained absolutely no surprises with volume still down year on year 25% across the Shore and 31% across Auckland.  Median prices held relatively stable coming in at $1067000 on the Shore, which is 5% up year on year, and 11% up on September 2015, though slightly down on the 1076500 in August.  Across Auckland it was $830,000 to sit just 1% up year on year, and slightly down on the 831250 in August.  But as you can see from the graphs below, Median prices have remained pretty stable over the past 12 months obviously fluctuating month to month but trending relatively flat.

Days on market tightened slightly to 37 days in both regions which is nice to see, but it’s still 3 days longer than the same time last year, showing that yes properties are taking slightly longer to sell in some cases, but it’s not that bad, things are still pretty good.

Cooper & Co Auctions
Cooper & Co had a pretty good clearance rate last week at 57% with 13 from 23 sold under the hammer. Combined with the in-room auction results from B&T we sit at 45.8% with a total of 22 from 48 sold at Auction on the Shore last week.  The reason I’ve started combining the results is not to compare brands, but to give us a larger sample size.  Between the 2 brands we cover roughly two thirds of the Shore, so hopefully we’ll start to see a more consistent clearance rate, especially once we have enough data to look at the rate across an entire month.

Thank you for viewing and as always, if you have any questions by all means just give me a call.

Have a great week! 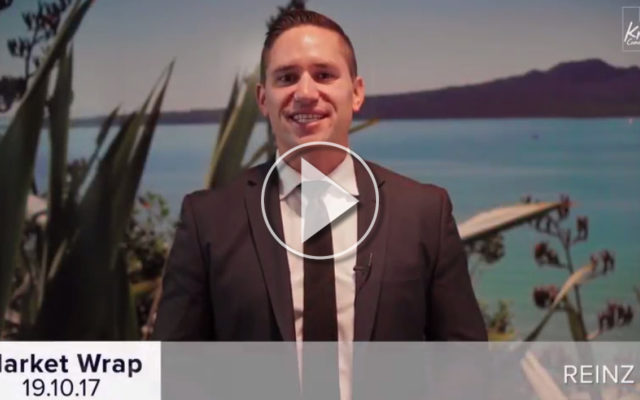