Welcome to this weeks wrap on all things property, please click here or the image below to view. For those that prefer to read, you can view the full report with stats & graphs here. 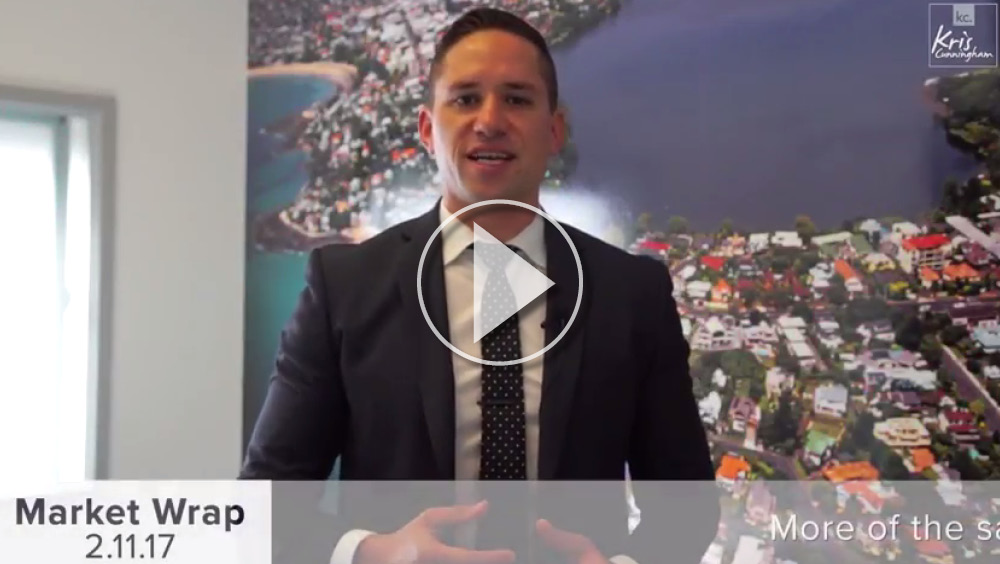 We’ve been very very busy this past week or so with some great results and what is even more pleasing, we’ve sold some of our listings which failed at Auction, and have been on the market for around 6 weeks.  In the past 12 days we have now sold 8 properties, 3 of our own Auctions, 1 from another company, 2 off market and 2 post Auction.  So all very positive.

In This Week’s Market Wrap:
– REINZ stats for October released
– New CVs out – all over the show
– Volume still down year on year
– Median price still stable on the Shore
– Auckland median a little down
– Days on market tighten
– Auction volume up – clearance down
– Post election market more of the same
– Coalface activity is good

Your New CV
Well the big talk of the week is quite clearly the new CV’s.  Be careful what you listen to – I’ve already seen articles with journos stating that as some houses aren’t worth as much as there new CV’s it’s a clear indicator of the market being down.  This is nonsense.  Last time the CV’s changed in 2014 when the market was skyrocketing we still had the same thing, some too high, some too low, some about right.  Remember the CV’s are a rates assessing tool for council, not a valuation.  We are currently doing a study of our last 30 sales taking us back to June but so far – they are all over the show and as a quick snapshot of the 5 properties we sold last week, 2 were below the new CV, 2 miles above, and one about spot on.  So very much like the old CV’s they aren’t worth the paper they are written on and if you want a true estimate of your homes value – give me a call, and ring a registered valuer.

Market Performance
The REINZ stats for October were released late last week and again contained no surprises, but all in all a very positive month and quarter here on the Shore.  Volume still down year on year 20% across the Shore but only 17% across Auckland which is an improvement on the 31% it was down in September – and clear evidence of the pre & post election impact on volumes.

Median prices held stable at $1,067,000 on the Shore, which is exactly the same as it was in September. This is 7% up year on year and what is really nice to see here on the Shore is that since seeing negative growth in the months April through July, the past 3 months have were 3% then 5% and now 7% up year on year.  A sign of a rebound? Let’s not go jumping ahead of ourselves but all positive stuff and really nice to see the growth on the Shore trending back upwards again – albeit only just.

Across Auckland is a different story with a median of $840,000 posted in October, which although ahead month to month and relatively stable over the past 6 months, its still 3% down year on year – however it’s important to note October 2016 was a record month for Auckland, so it was always going to be hard to top in a stable market like that which we are in.  Plus we should also factor in the increase in Apartment sales.

Days on market remained at 37 again in Auckland but tightened to 35 days on the Shore which again is nice to see.  Our days on market has progressively tightened over the past quarter here on the Shore, now 7 days ahead of the 42 posted in July, and almost on par with October last year which sat at 34.  Again some nice positive things to talk about.

Compared to October this is decrease of about 10%, but the big change is the 50% increase in the number of Auctions called in total.  A big spike in volume which to be fair was expected, as we’ve been talking about the rate of new listings on the Shore climbing rapidly post the election and that’s the big figure to watch.

Listings Increasing along with Sales Volumes
We now have over 1880 properties available on the North Shore on realestate.co.nz, at the end of September this figure sat at around 1360 properties, thats nearly a 40% increase in just 7 weeks – with nearly 300 going live in the past 3 weeks.  Now this correlates with the increase in the number of Auctions being called and with clearance rates only decreasing slightly it tells us that along with this increase in stock, we have seen an increase in buyer demand – which is keeping pressure on prices and providing a continuation of the same market we’ve had for months – excluding the election effect in September of course.

Post Election Effect?
So post the election result it has become pretty clear that nothing has really changed at this point and what we are seeing is more of the same, with the increase in listings and volumes being typical of this time of year.  We haven’t seen any panic selling, but at the same time any hopes of prices increasing at any significant rate  have probably evaporated  The general consensus seems to be that prices will continue to remain firm for the foreseeable future and in the words of Tony Alexander, in the absence of either a drastic change in net migration flows, sharp sustained change in interest rates, a radical shift in the relative strengths of the NZ and Australian labour markets, or a sudden big change in Reserve Bank rules nothing truly interesting is likely to happen for some time.

On the Coalface
Well it feels a lot better right now than it has for sometime with many buyers & Vendors getting a little more motivated to transact with Christmas fast approaching. Our open homes have been busier, we have strong interest in our current Auction campaigns and have sold 4 out of the past 4 Auctions under the hammer, we sold 5 properties last week, three are in negotiations (at the time of the video anyhow, 2 of these have now sold) and we are now doing more off-market deals, which is proving a great way to test the market and sell at a fantastic price without all the fuss – call me to talk more about this option.

But the key to selling in this market can be boiled down to 3 very straight forward yet absolutely paramount factors, getting you price right, getting your presentation right, and of course – choosing a great agent that you trust, but more on this next week!  All in all though whilst yes it feels a lot better right now, it’s really just more of the same and it’s been like this all year.  There are great opportunities for both buyers and sellers.

Thank you for viewing and as always, if you have any questions by all means just give me a call.
Have a great week!